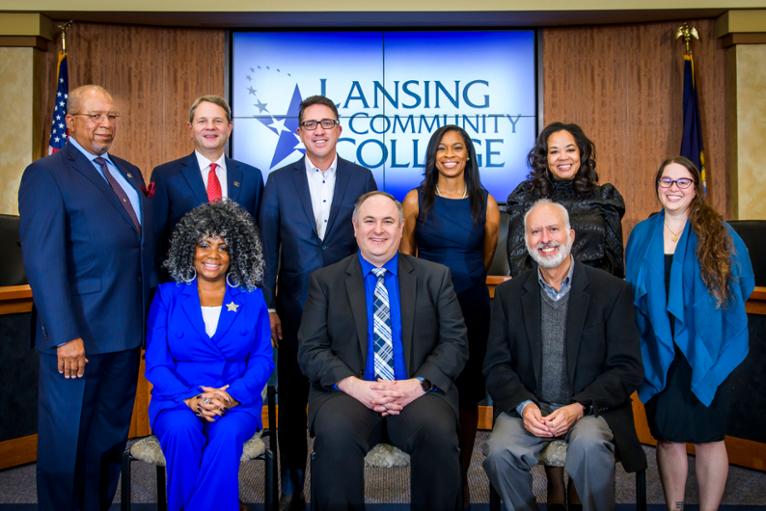 Presented annually, the ACCT Equity Award and Leadership Award recognizes the tremendous contributions made by equity programs and trustees. LCC's regional-level recognition cements the college's eligibility for consideration at the national level later this year.

As the recipient of the Charles Kennedy Equity Award, LCC's Board of Trustees are being recognized for their exemplary commitment as a governing board to the achievement of equity in the college's education programs and services, and in the administration and delivery of those programs and services.

LCC's Office of Diversity and Inclusion (ODI) has uniquely positioned the college as a leader in diversity, equity and inclusion (DEI). Its chief diversity officer is recognized on both the local and national levels as a leader in community training, workshops and the difficult work necessary to develop equity strategies focused on inclusion. LCC's DEI efforts are embedded throughout operations at the college, including at the Board level. In 2020, the LCC Board of Trustees penned a Board Resolution that specifically addressed racial injustice, resulting in the development and implementation of a collegewide Equity Action Plan. Furthermore, DEI is an integral component of LCC's formal strategic plan and the Board's ends statements.

The award honors the late Charles Kennedy, a trustee of Joliet Junior College in Illinois. Kennedy was a founder of the ACCT Minority Affairs Assembly, known today as the ACCT Diversity, Equity & Inclusion Committee.

LCC Trustee Robert Proctor is the recipient of the M. Dale Ensign Trustee Leadership Award, given annually to an individual who has made a significant contribution as a trustee in the promotion of the community college concept. Proctor is LCC's longest-serving trustee, having served on the LCC Board of Trustees since 2003. He has been a driving force in the development and success of numerous programs and initiatives at LCC. Proctor currently serves as treasurer and has previously served as Board chair and led two presidential search committees at LCC. Additionally, he serves as both a historian of LCC Board history and an Executive Board Member of the Michigan Community College Association.

M. Dale Ensign served many years as a trustee at Northwest Community College in Wyoming. He served as ACCT President during the transition from the National Schools Boards Association in 1972.

The awards will be presented to LCC's Board of Trustees and Trustee Robert Proctor at the 53rd Annual ACCT Leadership Congress in New York City in October 2022, at which time the college and Trustee Proctor will be contenders for the national-Level ACCT Association Awards.

About Association of Community College Trustees

The Association of Community College Trustees (ACCT) is a non-profit educational organization of governing boards, representing more than 6,500 elected and appointed trustees who govern over 1,200 community, technical, and junior colleges in the United States and beyond.

These community professionals, business officials, public policy leaders, and leading citizens offer their time and talent to serve on the governing boards of this century's most innovative higher education institutions-community, junior, and technical colleges and make decisions that affect more than 1,200 colleges and over 11 million students annually.

Lansing Community College, founded in 1957, is one of the largest community colleges in Michigan, serving more than 23,000 students across a six-county area each year. LCC offers courses in general education for those interested in transferring to a four-year institution, career and workforce development, developmental education and personal enrichment. To meet the professional development and training needs of regional employees, the college offers customized programs for credit, non-credit and continuing education. The University Center at LCC offers students the opportunity to earn bachelor’s and master’s degrees from five partner universities on the downtown LCC campus. For more information, visit lcc.edu.