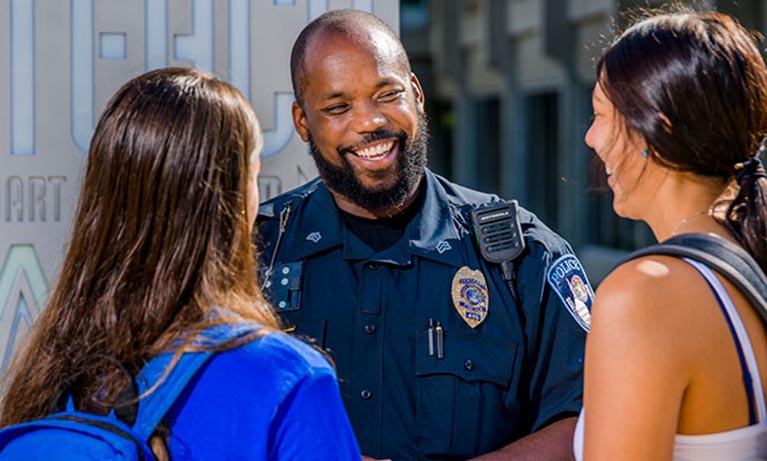 The LCC Police Department operates in the jurisdiction of LCC’s downtown and west campuses. The police force includes six commissioned officers, according to Chief of Police Daryl Gaines.

Gaines explained some of the duties of his officers.

“Aside from enforcing the law, we offer some different services that other departments might not,” Gaines said. “We will do anything from escorting somebody from their vehicle that has a late class, to assisting somebody who has maybe locked their keys in their car.”

The department also stands by as additional security during community events, Gaines added.

The LCC Police Department is in motion of adding four more officers to the department.

“Ultimately the goal is to have one chief, one deputy chief, a sergeant and 10 officers,” Gaines said. “We should be fully staffed, probably by November.”

In addition to adding new officers to the force, Gaines said the LCC Police Department has been improving itself and the community in other ways as well.

“We have spent the better part of the last year really modernizing ourselves,” Gaines said. “Right now we are involved in a campaign called the ‘We’re better than THAT’ campaign.”

Gaines said this campaign fights against racism and hate speech within the college and community. For more information about the campaign, click here.

For any additional information regarding public safety at LCC, click here.