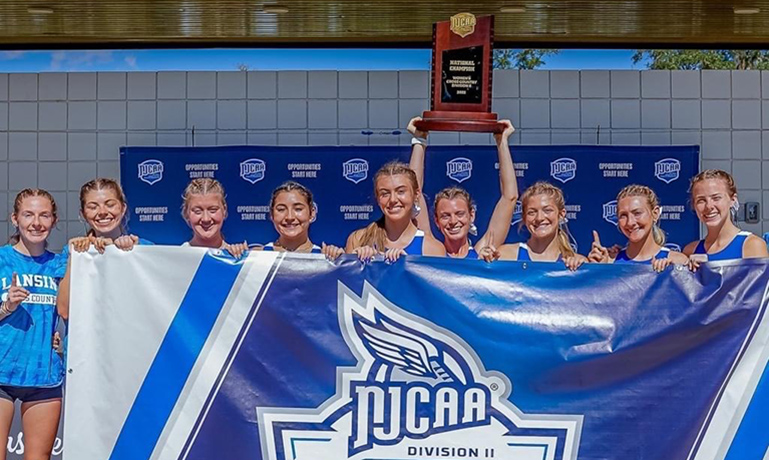 The LCC women's cross country team is shown with the national championship trophy in Tallahassee, Fla on Nov. 12. Photo courtesy of LCC

The LCC women’s cross country team earned the title of national champions for the second year in a row in the NJCAA Division II National Championship on Saturday, Nov. 12 at Apalachee Regional Park in Tallahassee, Fla.

“It was a great experience for the athletes,” LCC Head Coach Jim Robinson said. “They really performed well.”

As a team, the Stars won with a score of 57 points, outrunning Mesa Community College by just one point. Heartland Community College finished in third place with 120 points. A total of 28 women’s teams competed in the race.

“Olivia Vanderwey had an off day,” Robinson said. “I could tell she was struggling very early, but she really was the hero of our team (this season).”

Robinson said this race was won by the entire team, with Stiffler stepping up and running her best time to lead the way.

“They did the hard work to put themselves in position to contend for a championship, and then on the morning of the championship they ran extremely well when it counted,” Robinson said. “For the women, to win one championship is difficult. To repeat as champions is very special.”