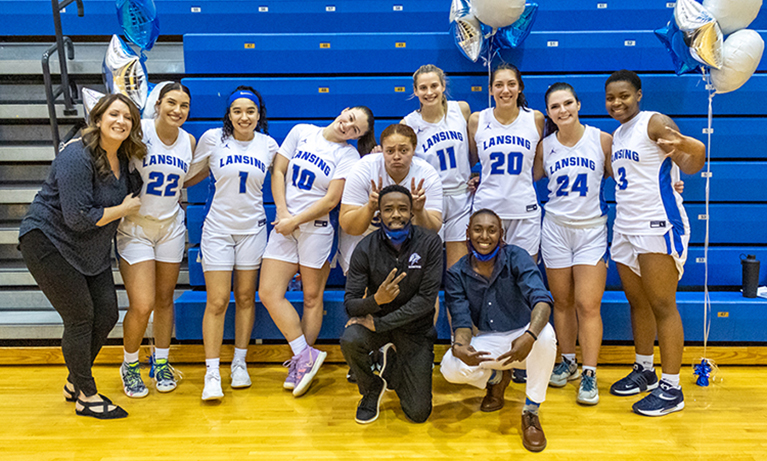 “Of our last three games I knew we had a chance to win all three and we came away with two of them,” LCC Head Coach Layne Ingram said.

The Stars ended the season with an overall record of 6-22, and a 4-14 mark in the MCCAA Western Conference.

“We came out with a bang, and we finished the season strong,” freshman Riley Merryfield said. “It was just so much fun, we played together and we did what we knew we could do the whole season. … That was awesome how we finished.”

“We played hard the whole game, it was a good game,” sophomore Emily Sinclair said. “We got a lot better; we didn’t have the season that we wanted, but we definitely got better.”

Ingram shared his thoughts about next season.

“Luckily for us, because of COVID, we only have one sophomore (who is leaving),” Ingram said. “But what this means for us is, now I’ve got a group of kids who have gone through this season and now have the experience.