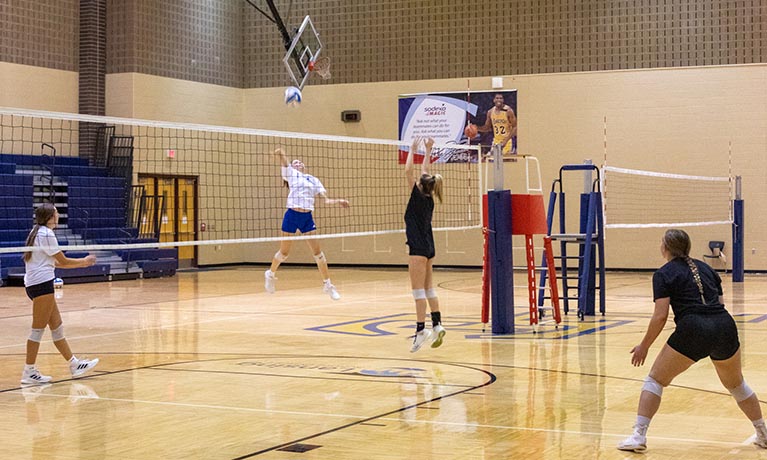 Members of the LCC volleyball team work on their game during practice at Eastern High School.  Photo by Julie Newell

This put the Stars’ overall record at 3-7, and at 1-0 in the MCCAA Western Conference.

“My team played an amazing game,” LCC sophomore Olivia Sabec said. “I am so proud of the effort and determination we left out on the court.”

“I had a decent game last night just by staying focused on being consistent,” Sabec said. “Alex, my setter, and I really connected last night, which led me to have the most kills I’ve gotten in a game so far.”

Quintero commented on how the team has improved so far.

“We have now learned how to play as a team,” Quintero said. “We’ve gotten much stronger; we’ve improved as a team. So I think we’re on the road for some great matches coming up for our conference, which is exciting.”

Sabec shared her thoughts on the team going forward.

“We have a lot ahead of us, but I know this team has the will power and is going to put in the work to have an amazing season,” Sabec said.

“It’s always challenging when you have to travel that far,” Quintero said. “But I have a lot of confidence that we’ll perform.”