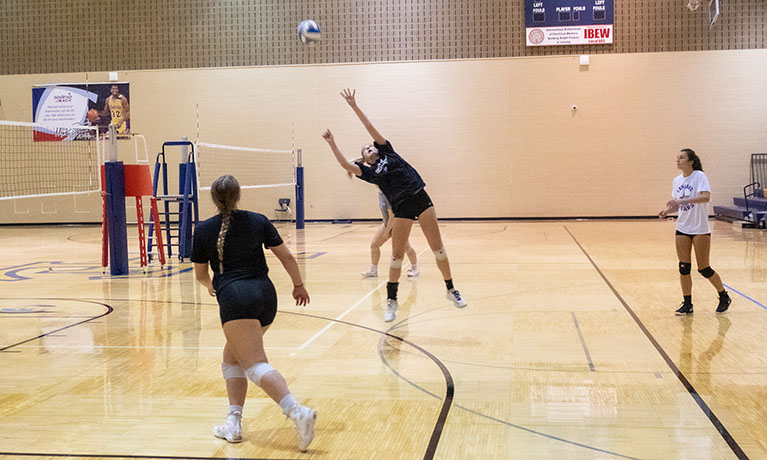 The LCC volleyball team works on setting and spiking at its temporary home, the Don Johnson Fieldhouse in Lansing. The Stars are playing their home games at the fieldhouse while the LCC gym is being renovated.  Photo by Julie Newell

The LCC volleyball team has had a rocky start to the season. Most recently, the Stars lost three games to one at Muskegon Community College on Thursday, Sept. 8.

This loss put the Stars record at 2-7 overall.

Katelyn Whiteman led LCC with 17 digs and three assists in the match. Danika Ellie Robinson delivered 10 out of the team’s 34 kills.

The Stars are scheduled to play against Glen Oaks Community College at their temporary home, the Don Johnson Fieldhouse, on Tuesday, Sept. 13. Action starts at 6:30 p.m.

The fieldhouse is located at 400 N. Pennsylvania Ave., less than a mile from LCC’s downtown campus.