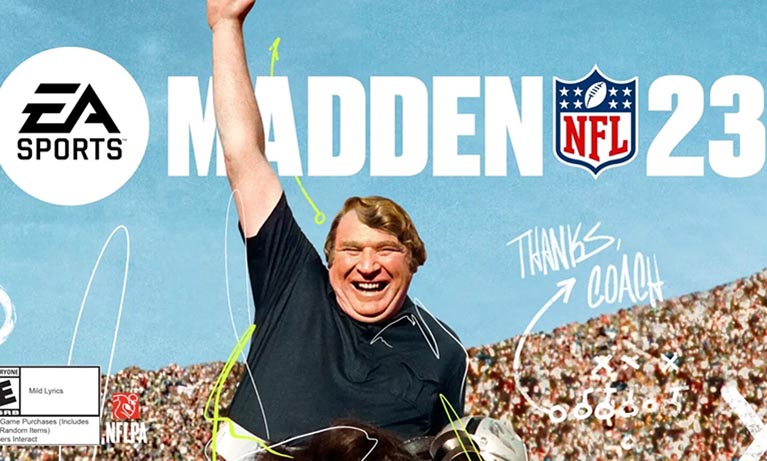 In this game review, I will be giving my honest opinion on the latest installment of the popular football game series, “Madden NFL 23.”

For many gamers, sports fans especially, Madden has been a staple in the video game industry. It is named after the legendary coach and announcer John Madden, who is featured on the cover.

The game was released Aug. 19, 2022. The game releases in the summer of each year before the NFL season starts.

Players can use their favorite team, players and coaches in a variety of game modes. The most popular mode, “MUT” (Madden Ultimate Team), allows users to collect virtual cards of past and present players, as well as play with them on their custom team.

Other popular game modes include “franchise,” a game mode in which players can be a coach, general manager and owner, as well as control their players. Game modes like “Face of the Franchise,” “The Yard” and “Superstar KO” are also very popular.

“Superstar KO,” “The Yard” head to head, and “MUT” allow players to play multi-player with friends, as well as with others around the world.

I’m an avid Madden NFL player, and have played since 2008. The main thing I, and many others, have noticed, is developer EA Sports attempt at making other game modes.

“Franchise” mode is my main game mode, and my favorite thing to do. But it has become such a repetitive game mode that users have even gone as far as boycotting the game.

The lack of customization, the horrible scouting system and a relocation feature that hasn’t been updated since it came out in the early 2010s, are mainly what is wrong with the game.

I rated this game 3 out of 5 stars because of its repetitiveness. EA Sports has a hold on the football market, and company representatives know they can put out the same games (with updated rosters of course), year after year.

I do enjoy MUT mode. However, it has become entirely based on micro-transactions, whether it be buying points to open packs for new cards and better players, or buying bundles that make players think they have scored a deal.

The last time Madden saw a real improvement was when it transitioned to the PlayStation 5, and XBOX Series X, the “next gen” consoles. It received a large graphics boost, and a revamped gameplay system, which has yet to be updated since it came about in 2020.

In order for Madden to improve upon itself, EA Sports creators need pressure from another game developer to challenge them to step up their game!