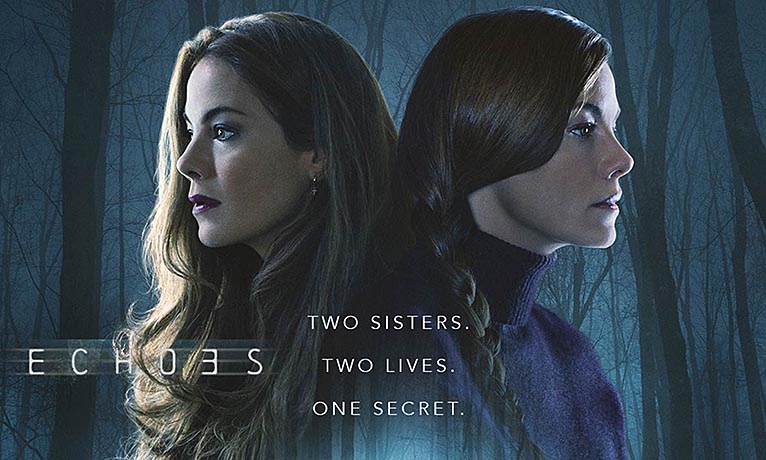 “Echoes” is about two young women who are twins, Leni and Gina, who are both played by Michelle Monaghan. Leni and Gina, from a very young age, have grown accustomed to sharing each other’s lives and swapping places with each other, even in relationships.

Now that they are older, they have two husbands and a daughter shared between them (but of course no one else knows about their deception). They switch yearly now on their birthday, so each sister gets one full year living a different life before returning to her own.

However, plans go awry when just a few days before their birthday, Leni (who is actually Gina) goes missing.

Now the real Leni is left scrambling to find her sister while playing both parts of Gina and Leni.

This is a very suspenseful and drama-filled limited series. There are only seven episodes, but each episode is on the longer side, so there’s tons of time to delve into the story.

Personally, the drama was a bit too much for me, but I definitely can understand why it is in the Top 10 right now. It’s a very unique story with a lot of twists and turns. You never really know who the bad guy is, or which sister did what.

I would definitely recommend it to people who enjoy this kind of mega drama, like fans of Netflix’s other original show, “Ozark.” Although personally, I will not be finishing “Echoes.” There is too much drama for me.