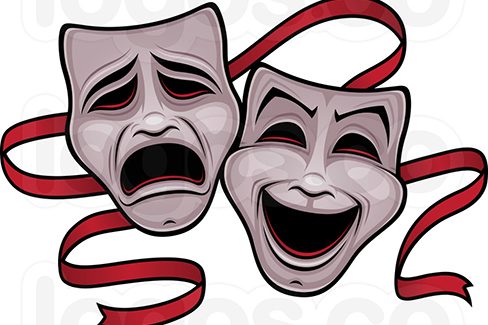 All performances will be held in the Black Box Theater inside of the Gannon Building, due to ongoing renovations in the Dart Auditorium.

“We've scheduled our season in the Black Box this year because Dart is under renovation – so we selected plays that will specifically work in this intimate space.”

“Queering History” will start the season off from Oct. 15 through 18 at 8 p.m. each day. This is a staged reading directed by Tufford-Dunckel that follows a quiet high school student while exploring what life would be like if queer history was taught in schools.

“Everybody” will run from Nov. 16 through 19 at 8 p.m. and Nov. 20 at 2 p.m. and will be directed by Andy Callis. “Everybody” is a modern take on the 15th century morality play, “Everyman,” that was a 2018 Pulitzer Prize finalist. This play looks at the meaning of life.

“Do You Feel Anger?” will be directed by Tufford-Dunckel from Feb. 22 through 25 at 8 p.m. and Feb. 26 at 2 p.m. This is a comedy that follows a recently hired empathy coach, Sofia, who is trying to help debt collection agents have more compassion for others.

“I Knock at the Door” will be directed by Andy Callis from March 16 through 18 at 8 p.m. each day. This is a staged reading that follows a story about a family that is being held together by a loving mother while class and religion threaten to pull them apart.

“Tartuffe” will be directed by Kevin O’Callaghan on April 12 through 15 at 8 p.m. and April 16 at 2 p.m. This is described as a “devilish comedy” about a man, Tartuffe, who is a fraud and pious imposter, as he uses comedy and charisma to win the hearts of the people around him to get what he wants.