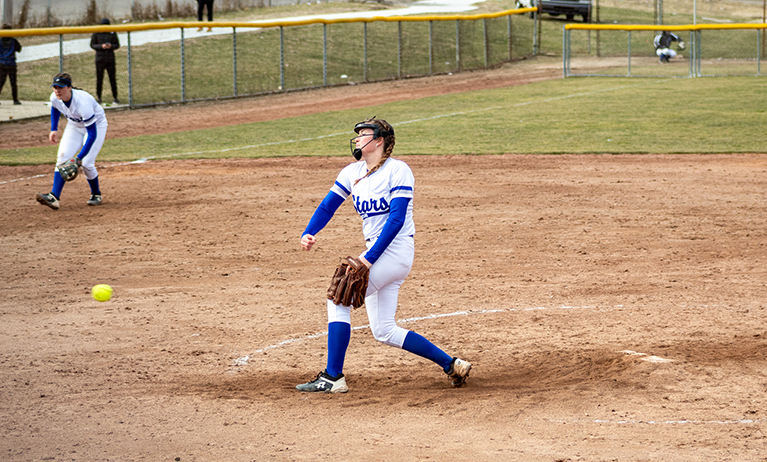 The LCC softball team ended its season after losing two out of the four games played during the NJCAA Great Lakes District A Championship Games on May 12 through 14.

This put the Stars’ final overall record at 27-22, and at 21-7 in the MCCAA Western Conference.

“That game we pitched well, we hit well, we fielded well,” Kibby said. “As I thought, we were peaking at the right time, and that game we continued to play good ball.”

According to Kibby, the Stars were tied in the second game until Jackson College scored a home run that won the game.

“Probably one of the best all-around games (for) both teams; we both played well that day,” Kibby said.

Despite the loss, sophomore Kyla Bird and Warner each had one RBI for LCC.

Freshman Lydia Davenport led the Stars on the mound, facing 29 batters and striking out six.

“Morgen Ahlfeld pitched the best game of the year for her, threw real well,” Kibby said. “We hit the ball well, we played defense well.”

Ahlfeld faced 29 batters, striking out four and throwing 56 of 88 pitches for strikes.

The fourth game took a turn for the worst in the first inning, according to Kibby.

“They scored eight runs in the first,” Kibby said. “Everything went wrong that first inning and that doomed us for the day.”

Sophomore Alexa Jakus led the Stars at the plate with two hits in the final game.

“The games there in the district tournament, it was kind of like a summary of our season,” Kibby said. “We could play really well. We had our ups and downs, and we had our bad games.”

Davenport led LCC in pitching with a record of 8-1 and an ERA of 2.55 for the season.

LCC will be hosting a Sports Award Ceremony on Monday, May 23 at 6 p.m. at the Harrison Roadhouse in East Lansing.