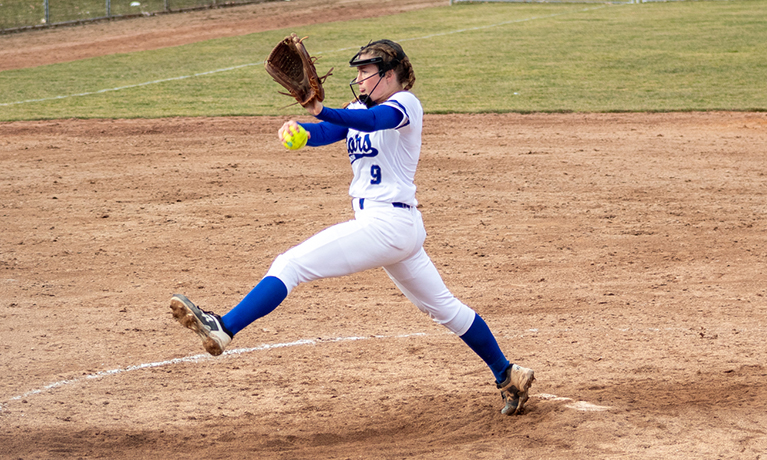 Morgen Ahlfeld delivers a fastball for the LCC Stars at Ranney Park in Lansing. Photo by Julie Newell

Sophomore Jada Walton led LCC at the plate with two hits and three RBIs. Freshman Lydia Davenport secured the win on the mound in the first game, bringing her record to 4-0-1.

“We still have to learn to bring intensity to the second games; that has been a downfall we've had, and we need to correct that going into post-season play,” LCC Head Coach Marc Kibby said.

Sophomore Samantha Vermeesch was on the mound in the second game.

“(We need to) clean up the defensive mistakes to allow us to make a post-season run,” Kibby said.

The Stars are playing at Jackson College on Friday, April 29.

The Stars will play at home against Glen Oaks Community College on Saturday, April 30 at Ranney Park in Lansing. Action starts at 1 p.m.