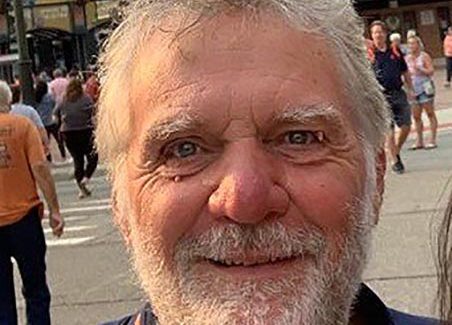 Richard Nelson has been a professor in the economics program at Lansing Community College since 1985.

"I started at LCC as an adjunct faculty member in January of 1985," said Nelson. "In those pre-internet days I taught a class from 6 to 8 p.m. and another from 8 to 10 p.m., using a chalkboard and an overhead projector. How primitive!"

In 1987 during the fall, there was a vacancy for a full-time position in the economics program. Nelson applied and was hired by then-LCC President Phil Gannon. He has worked under all seven of LCC presidents during his time at LCC.

"In 1997 the college embarked on an initiative to enable a student to earn a degree in business by taking online classes only," Nelson said. "We were one of the first schools in the nation to do that. I was part of that initiative and have been teaching online classes ever since."

Nelson said he chose LCC because it gave him the opportunity to escape from teaching middle school math, his full-time job at the time.

"My start in economics was at LCC, which has been my only employment in economics," Nelson said. "I have been here ever since. When you love your job you have no incentive to leave."

Nelson served as the program faculty chair in economics at LCC from 2006 to 2021.

Nelson graduated in 1979 from Central Michigan University as a math major and economics minor before taking the Graduate Record Examinations test. He then attended Michigan State University and earned a master's degree in economics.

"At CMU I had to take an economics class as a part of my general education requirements," Nelson said. "Up to that point I was planning on becoming a computer programmer, but my Econ professor, Darius Conger, made the class extremely compelling. Then I read 'The Worldly Philosophers' by Robert Heilbroner and I was hooked."

In his free time, Nelson said he enjoys playing golf in season and is a big fan of "The Simpsons" TV show for its ability to humorize economic concepts. He said he also loves to read, particularly books relating to history and religion. He also enjoys watching LCC's basketball team play because his grandson, Cole Krause, is on the team.

Craig Spitzley, a past student of Nelson's, praised his former professor.

"Mr. Nelson was a very knowledgeable and funny economics teacher," Spitzley said. "He was able to break down and simplify a tough course like economics so students could understand it better."