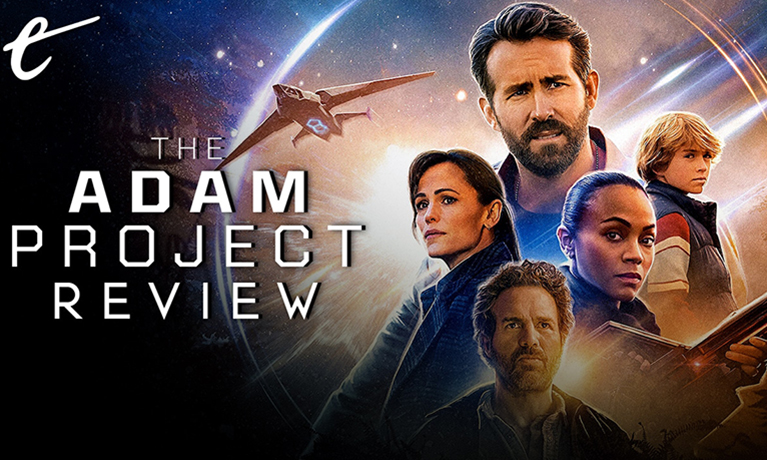 Netflix continues to please its audience with amazing and out-of-this-world movies and TV shows, including the film “The Adam Project,” which was released March 11.

This science fiction adventure film takes place in the past, present and future.

The film starts off in the year 2050, when fighter pilot Adam Reed (Ryan Reynolds) steals a time machine jet to rescue his wife Laura Shane (Zoe Saldaña), who was supposedly killed in a crash while on a mission to the year 2018.

However, something goes wrong, and Adam ends up in the year 2022. Adam then meets his 12-year-old self (Walker Scobell). The younger Adam is amazed by this turn of events and ends up helping older Adam with his mission to find his wife and destroy time travel before it can be fully invented.

While still in 2022, the two Adams are attacked by Maya Sorian (Catherine Keener) and her fleet, who intend to stop them from destroying time travel.

The only way to fix everything is for the two Adams to travel back to 2018 and find Adam’s dad, Louis Reed (Mark Ruffalo) – the inventor of time travel – and ask him to help them destroy his creation.

At first, I was unsure about this movie, because time travel movies tend to be very similar and repetitive. However, I was surprised at how great this movie was.

Not only does this film have a cast full of fantastic actors and actresses, but the plot is very interesting and did not seem like every other time travel themed movie.

The movie is hilarious, and I expected nothing less from a movie with Reynolds in it. The action scenes are great and the future technology is cool.

Besides from the abundance of foul language, which, again I expect nothing less from a movie with Reynolds in it, this movie is fantastic.

I highly recommend this movie to anyone who is a fan of Ryan Reynolds and science fiction movies.