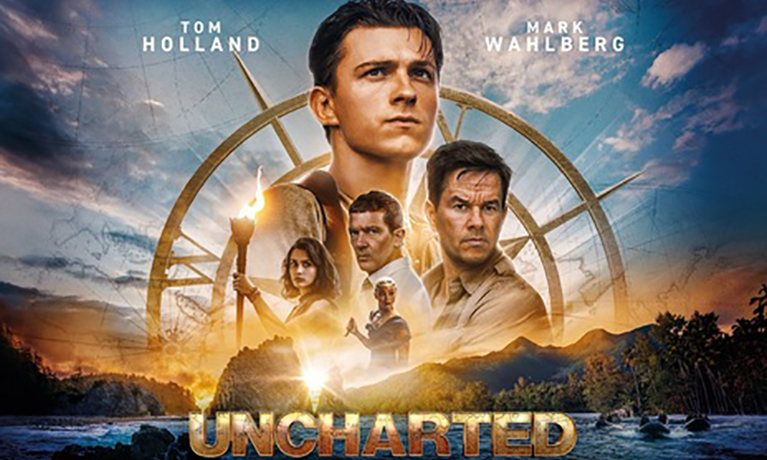 “Uncharted” is based on the videogame franchise with the same name.

The film starts off with brothers Sam (Rudy Pankow) and Nathan (Tom Holland) Drake as teenagers, attempting to steal the first map made after the Magellan expedition. After getting caught, Sam gets kicked out of the orphanage that the boys live at and is arrested for theft. However, before he is taken away, Sam escapes.

Fifteen years later Nathan is working as a bartender and pickpocketing wealthy customers. At the bar where he works is where treasure hunter Victor “Sully” Sullivan (Mark Wahlberg) finds Nathan and recruits him for a big job.

Sully, who was Sam’s partner until Sam vanished, wants Nathan’s help to not only find Sam, but also to find what Sam and Sully were originally looking for; the treasure hidden by the Magellan Crew.

Along the way the two meet up with several others who are after the treasure, including Santiago Moncada (Antonio Banderas), who is the last descendant of the family that funded Magellan’s expedition.

I thought the movie was great. It had the perfect mix of action, comedy and plot twists that every treasure hunting adventure movie needs.

I have never played the “Uncharted” video games, so I don’t know how the movie compares to the games. But out of movies based on video games that have been made, I thought this movie was excellent.

I also thought the movie did a great job of being realistic. For example, during the fight scenes, the main characters did not seem like superheroes with super strength and inhuman speed and agility. The movie showed the characters struggle while fighting or climbing, and showed the pain they felt after getting hit or receiving some other kind of injury.

Overall I recommend this movie to anyone who like adventure and treasure hunting movies.