Movie review: 'Barbarian' worth a look 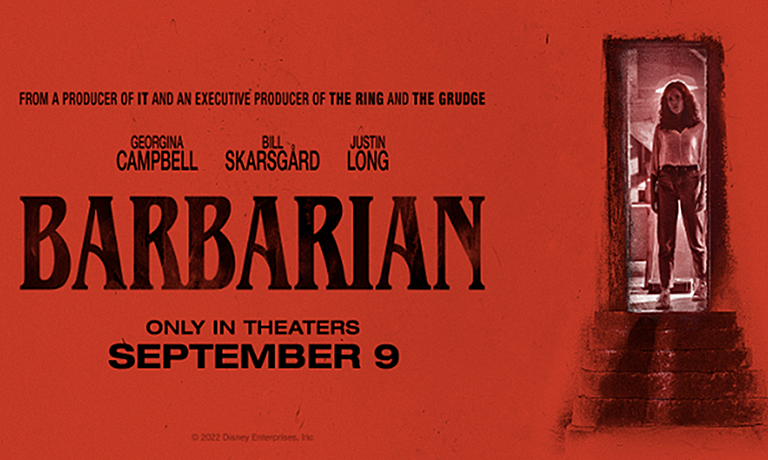 Three and a Half out of Five Stars

“Barbarian” is a horror movie that was released Sept. 9 in theaters and is now free to watch on HBO Max.

For a relatively small rental fee it is also available through YouTube, Vudu, Amazon Prime and Apple TV.

This thriller is set in one of Detroit’s bad neighborhoods filled with drug addicts and broken down homes, in a comparatively nicer Airbnb.

Two people, Tess, played by Georgina Campbell, and Keith, played by Bill Skarsgard (who also played the infamous Pennyworth from IT), have found themselves in a bit of a situation when both realize the owner of the Airbnb had booked them both to stay in the rental.

However, they amicably decide to split the Airbnb and carry on with their business in Detroit. But when Tess gets stuck in the basement without Keith there to help and has to find a way out, she finds a lot more than what she bargained for.

This movie is filled with suspense and a huge plot twist. Justin Long also plays a major role in the film as the selfish Airbnb owner, and he does great in his role.

Although some scenes were a bit more “ew” than scary, this was definitely worth the free watch on HBO Max.