Opinion Musical movies For What It's Worth

For What It's Worth: Musical movies 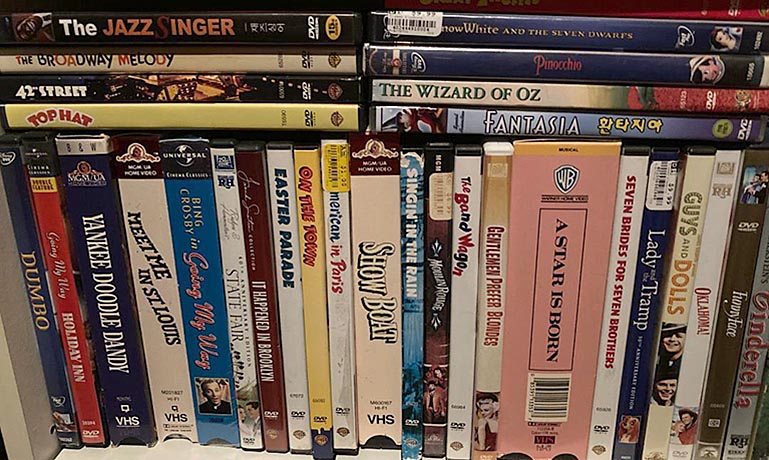 By Larry Hook
The Lookout Adviser

I am back to work this week on a regular basis after taking lots of vacation days during May and June. I didn’t do anything particularly exciting during that time, although I did take up playing in a golf league for the first time ever.

One thing I did do was watch a lot of movies. As many know, I am an avid movie fan. My most recent obsession was watching musicals.

Late last year, I counted my collection of musical movies and found I already had about 40 of them. So I began purchasing some of the most well-known musicals of all time for the purpose of having a big musical movie binge.

On Jan. 16 of this year, I began watching the musicals, in no particular order. From that date through June 17, I watched a total of 128 musicals in 152 days.

I watched most of the greatest musical movies of all time. They ranged from 1957’s “The Jazz Singer” starring Al Jolson (the first musical ever); to Steven Spielberg’s “Westside Story,” which was released in 2021.

Before I get to the best movies, let me tell you my least favorites. “Pennies from Heaven,” a 1981 movie starring Steve Martin in a non-comedy role, was dismal and scored a 1. And the 1998 version of “Cats” belongs in the kitty litter, scoring just a 2. The remake of “Cats” from 2019 starring Taylor Swift didn’t score much better. I gave it a 3.

Now for the best musicals. I gave perfect scores to a total of 17 movies. Among those were six movies that are among my all-time favorite overall movies and I have seen countless times: “A Chorus Line,” “The Wizard of Oz,” “Grease,” “La La Land,” “Mamma Mia” and “Mary Poppins.”

Others that I gave 10s to include such obvious choices as “The Sound of Music,” “Snow White and the Seven Dwarfs” and “The Best Little Whorehouse in Texas.”

The other eight probably come as bigger surprises to most. They included:

“Going My Way,” 1944 – I watched this for the first time and fell in love with it. This movie stars Bing Crosby as a young priest who comes in to take over a parish from an established veteran. The hit songs include the title song, “Swinging on a Star,” and “Ave Maria.”

“Sooner or Later,” 1978 – This is basically a cheesy afterschool special from the ‘70s that I fell in love with as a teenager. Teen heartthrob Rex Smith stars as a guitar teacher in this coming-of-age story about a 14-year-old girl falling in love with an older teen. The music includes Smith’s two hit songs, “You Take My Breath Away” and “Simply Jessie.”

“Xanadu,” 1980 – A slow-moving story, but it has a great soundtrack featuring Olivia Newton-John (the movie’s co-star with an aging Gene Kelly) and the Electric Light Orchestra. And the fact that I had a teen crush on Olivia also factored into my high score!

“The Jazz Singer,” 1980 – This remake of the original stars Neil Diamond. The music written and performed by Diamond is awesome, though the story drags a bit. Hit songs include “Coming to America” and “Hello Again.” Lucy Arnaz as Diamond’s co-star is lovable in a rare movie appearance.

“Sister Act,” 1992 – Whoopi Goldberg goes into witness protection by posing as a nun in this fun musical comedy. The nuns’ choir at the church led by Goldberg’s character, Sister Mary Clarence, amazes parishioners and visitors, especially with a rendition of "My Guy" – rewritten and performed as "My God.”

“Josie and the Pussycats,” 2001 – My old comic books and cartoons come to life in this movie starring Rachel Leigh Cook as Josie, the leader of a teen band that suddenly becomes a huge sensation.

“Annie” 2014 – I preferred this version over the 1982 version that starred Carol Burnett. Jamie Foxx stars in this remake and does a great job as entrepreneur Will Stacks. Quvenzhané Wallis plays Annie and sings many songs, including the huge hit,” Tomorrow.” Cameron Diaz plays Miss Colleen Hannigan in her final film role before retiring from acting.

“Mamma Mia: Here We Go Again” – Yes it’s surprising that a sequel could earn a 10. But I love Abba music, so here it is! And I’m not sorry!