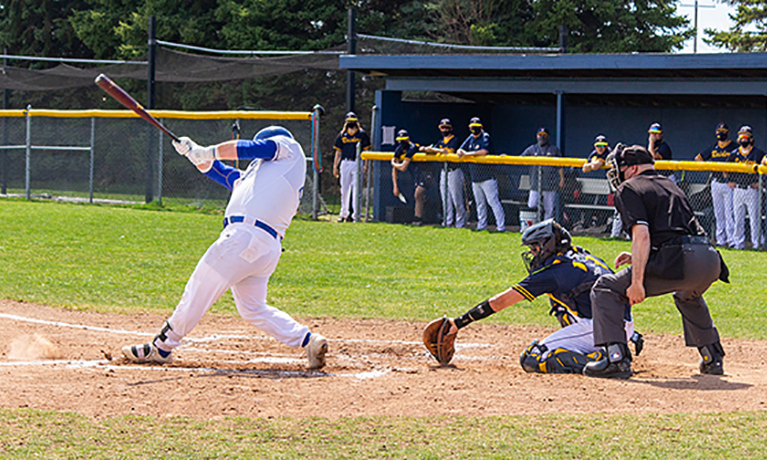 The LCC baseball team traveled south for spring training from Feb. 19 to March 10.

“Spring training went well,” first-year LCC Head Coach Steve Cutter said. “It is always nice to get down south and have the opportunity to compete against quality programs in some warmer weather after being inside for the past two to three months.

“The energy throughout our trip was high, as expected, and we were able to match up against some World Series caliber opponents on their home fields.”

After spring training, the Stars overall record was 4-5.

“Early-season tests on the road are a great way to learn about our team and pinpoint some areas of improvement to focus on before conference play opens in late March,” Cutter said. “We saw a lot of positive things in all facets of the game and know that we have only just begun to scratch the surface of this team’s potential.”

“One of the things we talk about as a team is how we are constantly striving to be playing our best baseball in May,” Cutter said. “With the talent and leadership on this team we have a lot to look forward to.

“We knew the schedule early on would provide us some strong tests and chances to face some adversity that will prepare us for conference play and beyond these next few months.”

The Stars start conference games in Michigan this week.

“Opening day at any level of baseball is exciting and that’s no different for us at Lansing,” Cutter said. “We are looking forward to competing at home against a familiar cross-conference opponent this weekend, and have a chance to build some momentum going into our opening conference series next weekend.”

The first home game of the season is Friday, March 18 against Muskegon Community College at Wilson Park in Lansing. Action starts at 2 p.m.