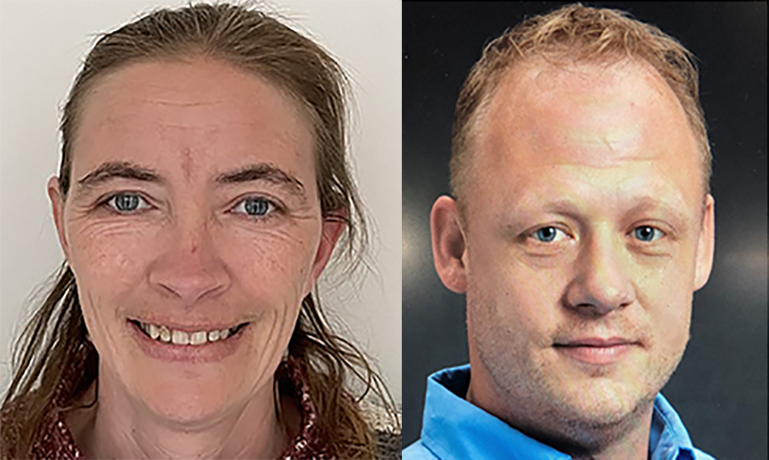 The LAND website states that the organization “seeks to develop and to promote a network for strengthening the liberal arts in Michigan community colleges.”

Lutz, who said she intends to eventually transfer to go into special education, presented a brochure she made based on her paper about communication devices for nonverbal individuals. She described several devices, such as the Eyegazer, which allows people without control of their limbs to use their eyes to point at items as a way to communicate.

“Presenting this brochure was a great experience and allowed me to educate other individuals about communication devices for special-needs individuals,” Lutz said. “I really enjoyed the event and seeing all the different presentations.

“It was an honor to talk about communication devices for nonverbal individuals and a huge honor to be selected to represent LCC.”

Merryman is working toward earning an associate degree in science from LCC before transferring to pursue a career in forestry. He presented his paper about the implications of having a criminal record and how that affects a person’s life.

Merryman said as he dug deeper into the subject, he discovered how disproportionate arrest rates were for people of color, so he decided to also incorporate that.

He said he would have enjoyed the event more if it had been held in person instead of virtually, but still felt it was worthwhile. He also mentioned how the conference helped make him a better writer.