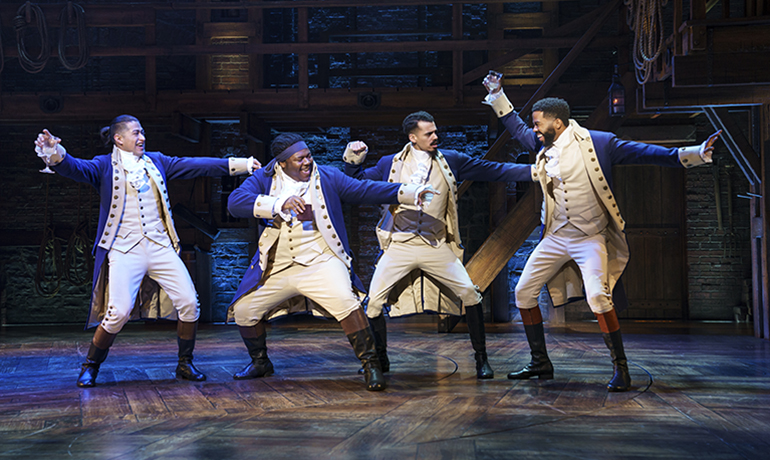 “Hamilton” is a critically acclaimed Broadway musical that is coming to the Wharton Center on Michigan State University’s campus.

“Hamilton” is written by acclaimed writer, director and performer Lin-Manuel Miranda and is based on Ron Chernow’s biography. The story follows American founding father Alexander Hamilton and the revolutionary movement of that time, and includes important aspects such as politics, education, and culture in America.

“Hamilton” has won a Tony Award, a Grammy, Olivier Awards, a Pulitzer Prize for drama, and a special citation from Kennedy Center Honors.

Bob Hoffman, the public relations manager for Wharton Center, said he is thrilled to have Hamilton returning to Wharton Center this year.

“I’m very excited about the return of ‘Hamilton,’” Hoffman said. “’Hamilton’ is an amazing Broadway show that combines hip-hop, rap, jazz, R&B and Broadway tunes. It has a significant cultural impact because it’s the story of how America looked years ago, represented by how America looks today.”

Corinna Peterson, a student at LCC, said although she has never seen “Hamilton,” but would love to attend.

“I’ve always heard really good things about ‘Hamilton,’ so I’m very interested in going to see it,” Peterson said. “I know it’s not just a regular Broadway musical, and (it) includes a lot of music I would be into, rather than all that opera and stuff. With it coming to Wharton at a good price, I just might go see it.”

For those interested in getting further information on tickets, location, and prices, visit the Wharton Center’s website.