Everybody play Arts and Entertainment 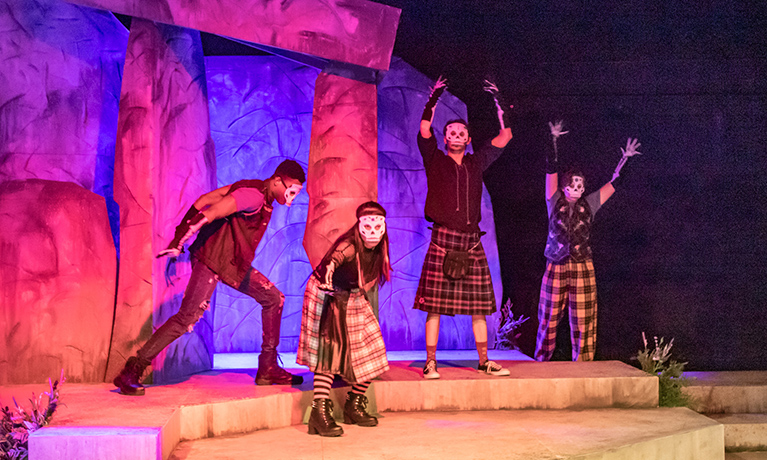 The cast of "Everybody" performs in the Black Box Theatre. The play was directed by LCC's Andy Callis.  Photo by Julie Newell

LCC Performing Arts showcased a fun and interesting take on an old medieval play, “Everybody” from Nov. 16 to 20 in the Gannon Building's Black Box Theatre.

Originally written in the 15th century as “Everyman,” it is a tale in which “Everyman” finds who will accompany himself to “Death.”

In LCC’s version, “Everyman” is known as “Everybody,” and is chosen by lottery for a different “Everybody” every night. This made for a unique viewing experience on each night that the play was performed.

“It turned out wonderfully,” Director Andrew Callis said. “We had to turn a bunch of people away on the last day because we had sold out the show.”

Laura Nguyen, one of the five “Somebodies,” said her favorite part of the show was its unique use of the lottery to make for a fun cast and audience experience.

“There (were) five people in the cast who learned most of the script and (went) into a performance not knowing which role they (would) play that night,” Nguyen said. “It was super fun to explore all the 10 different characters, since they were all so different. Not knowing the roles beforehand added a fun, intense twist.”

Oscar Quiroz, an attendee of the show, said it was a great experience.

“It made me laugh a lot and kind of explored the nature of life and death in a weird, but really interesting way,” Quiroz said. “It definitely made light of an otherwise dark story.”