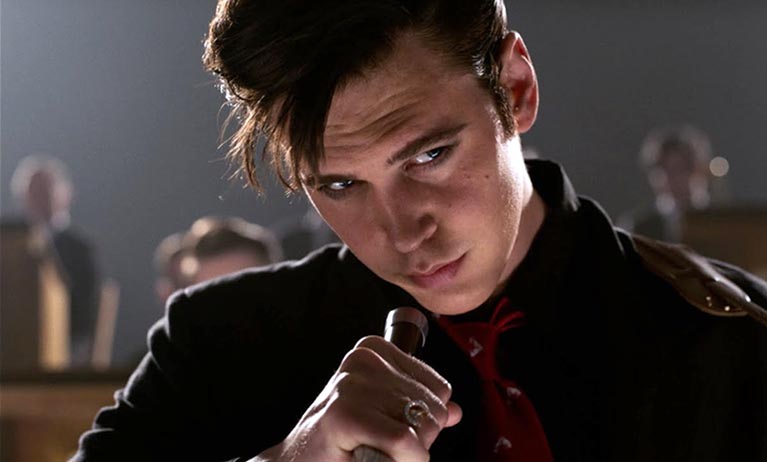 Austin Butler stars as the King of Rock himself in the new movie "Elvis," which is in theaters now. Photo from YouTube.com

This movie is full of twists and turns, ups and downs, love and heartbreak. Elvis had an incredibly difficult upbringing, but was always a positive and energetic performer.

This movie is a fantastic telling of Elvis’ life, and long overdue after his death over 45 years ago.

Butler was also a great choice to play Elvis. He has the same pouty, smoldering look that Elvis lovers know and love. Tom Hanks also shined in his character as he took over the persona of the evil, greedy manager who stole Elvis’ life.

This movie exposed a lot about Elvis’ life that people might not have known before, such as the death of his twin and mother, his stint in the Army, and how he was able to perform over 150 performances every single year in Las Vegas (spoiler: it also ties into his demise, as well.)

If you love Elvis or Elvis music, or if you are interested in how the music industry abuses its entertainers, this movie is definitely for you. It was inspirational and just a beautiful story about a beautiful soul who died too soon.