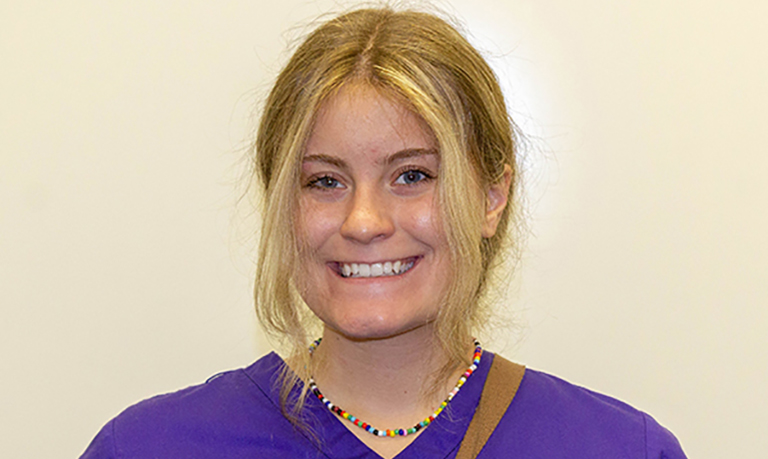 This past weekend I took a fun trip to Mackinac Island with my boyfriend, Kobe, and our dog, Theia. We spent the weekend camping with our friends and their kids at Cheboygan State Park.

This was our first time ever camping there, and Kobe’s first-ever visit to Mackinac Island, so we were very excited!

It was also the very first time we took Theia anywhere like that, so we were a little nervous about how she would do in such a populated area.

Kobe packed all of our stuff into his truck while I was at school on Thursday. After I got out at 5, we were on our way to the campground! We didn’t end up getting there until 11 p.m., unfortunately, so there wasn’t much time to do anything besides set up and sit around the bonfire with friends. But that was still a lot of fun.

The next day we visited a local golf course and played nine holes. It was extremely windy so it wasn’t the best day for golfing, but we still had a good time and the weather was still really nice out, even though it was chilly from the wind.

We then spent the rest of the day playing lawn games at the campground such as giant cup pong and catch, and went on a couple mile hike to a lighthouse. That night we made delicious wagyu burgers (even for Theia) and got ready for our big morning on Saturday.

Saturday was Mackinac! It was such a beautiful day out for the island, in the high 70s. We had no issues getting Theia on the ferry and to the island, but the second we stepped out into the crowded streets she started pulling A LOT. Mind you, this is an 80-pound purebred American Pit-bull Terrier, so she is extremely strong.

We ended up leaving the town area because of all of the people. The second there weren’t as many people, she was doing great! It was a really wonderful time with two of my most favorite people on earth: my boyfriend and my dog.

We got ice cream and gave Theia vanilla. Then we went on a short carriage tour to get a more expansive view of the island.

When we got back to our campground later that night, we made steaks and potatoes on the grill over the fire, which ended up being so good.

All in all it was an amazing trip!