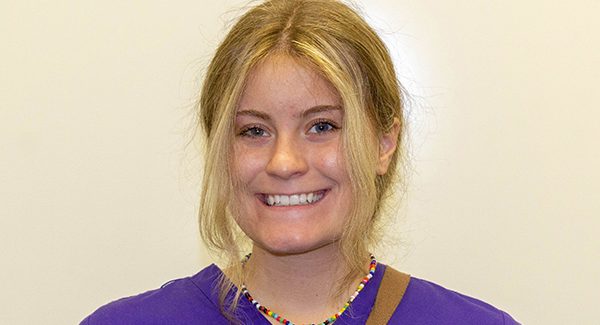 Today marks my two-year anniversary with my boyfriend, Kobe. Because of this, I thought it would be nice to look back at our relationship timeline.

Although only officially together for two years, we have lived with each other for just as long and have had a dog (now two) for over a year. This may seem fast to a lot of people, but for us it works.

When Kobe and I met, we were inseparable for months (and we basically still are). From the first day we hung out, Kobe would invite me over after work and school every day and we would hang out until the early morning, or until I needed to leave, whichever came sooner.

This is when COVID first was big in the U.S., and we quarantined with each other for months during the pandemic, which is when I officially moved in with him.

Around this time we got our first pet, a hamster named Slaggy who lived and thrived up until this past weekend, when she unfortunately passed away.

At the beginning of summer we moved into a new place and enjoyed a warm, quarantined summer, where Kobe worked his butt off nearly every day and I had school online.

At the end of that summer, Kobe and I adopted our pitbull puppy, Theia. I began a new fall semester online and Kobe continued to work. During this time, we saved up our money to go on vacations in the summer knowing, that I would be starting the dental hygienist program the next fall.

That Christmas, however, we took an inexpensive trip to Colorado with our dog by driving there and back and staying with Kobe's sister.

That summer of 2021 was by far the best summer yet. Both of us took off the summer from work and school and spent almost each week camping and enjoying our break. We went camping over six separate times during summer all over Michigan and Ohio, and we spent a week trip in Puerto Rico right before fall semester. Our summer was spent giggling, stumbling and soaking up the warm sun and enjoying a break.

When the fall semester started again, we were ready to get back to it. I fell in love with dental hygiene and met some new friends. Kobe began a new job working at a marijuana dispensary.

For Christmas, we took a trip to Disney and then came home and adopted another pitbull puppy, Maia, from the humane shelter. Currently, we're training her and enjoying staying in and playing games with each other when we're not busy with work or school.

Here's to the last two years of my life. Boy, have they been busy, but I wouldn't want to spend it with anyone else.