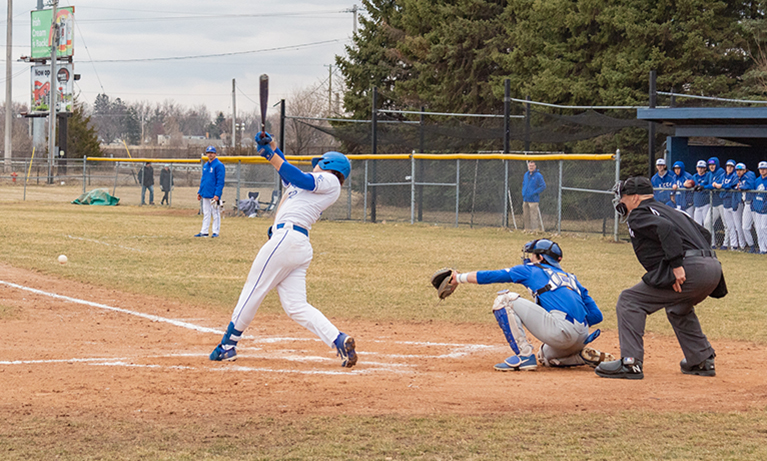 The Stars won 9-8 in the opener and 9-5 in the nightcap, improving their overall record to 20-5, and their MCCAA Western Conference record to 20-0.

“Being on a long winning streak is a blessing and curse,” LCC Head Coach Steven Cutter said. “Complacency can quickly sink in, and we are working hard to focus on being humble and hungry to prevent that from happening.”

In the first game, freshman Chris Hege led the team at the plate, hitting a single and a double. Teammate freshman Jace Preston had two RBIs.

According to Cutter, the team had five position players, including three starters, out due to injuries in the second game.

Freshman Noah Megyesi went four innings on the mound, only giving up one run.

“Baseball is a challenging game, and everyone on the team has great ‘Mudita’ (Sanskrit and Pali word meaning ‘joy’) for each other,” Cutter said. “They are very much like a family, and that closeness helps them pick each other up when needed most.

“Most programs strive for that bond between the players, but not all are fortunate enough to produce.”

The Stars are scheduled to play at home against Henry Ford College on Friday, April 15 at Kircher Municipal Park in Lansing. Action stars at 2 p.m.

“We continue to work on our approaches at the plate and situational awareness in the field and on the base paths,” Cutter said. “The process does not happen overnight, but through consistent, meaningful and deliberate practice.”