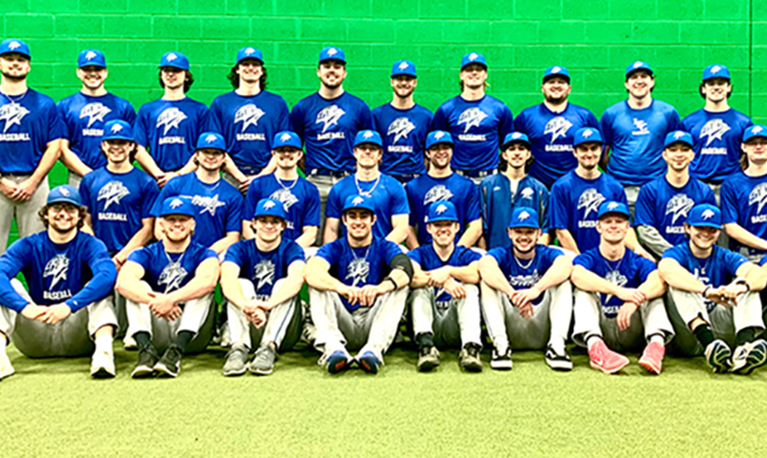 The LCC baseball team enters the 2022 season with a new coach, a revamped roster and big expectations.

“The 2022 team is significantly different from the team that went 47-3 and lost in the regional tournament in 2021,” new LCC Head Coach Steven Cutter said. “Notably, many of those players went on to NCAA D1 and D2 schools, leaving behind a hungry bunch looking to leave their own mark on a consistently nationally ranked program, and take it to the next level: the World Series in Enid, Okla.”

According to Cutter, the LCC baseball team is starting off the season nationally ranked in multiple pre-season polls.

“Some have LCC as high as number nine in the country to start the season,” Cutter said. “LCC is number four in the country in winning percentage since 2017 (.738), which is quite an accomplishment.”

The Stars have a roster of 30 players, including 13 returning players.

“I think the team will be solid again this season,” Cutter said. “We will likely score many runs per game and go as far as our pitching staff takes us. We return many extraordinary student-athletes who have shown outstanding leadership skills to date.”

“Our coaching staff and I have worked hard to build trust, and through trust, we have created some tremendous relationships already in the young season,” Cutter said. “We work daily on becoming better servant leaders and men. We have focused heavily on developing the person, student and athlete, in that order. Through hard work, faith and trust in the process, many great things are possible with this team.”

The Stars are scheduled to start spring training on Saturday, Feb. 19 in Marion, Ill.

“The team will face some tough competition as they take on multiple nationally-ranked opponents on their spring trip,” Cutter said. “Upon returning (from Illinois), the team will have 10 days of practice before heading south again to play 10 games in Mississippi, Missouri and Illinois.”

The Stars are scheduled to start conference games on March 18 against Muskegon Community College at Wilson Park in Lansing.