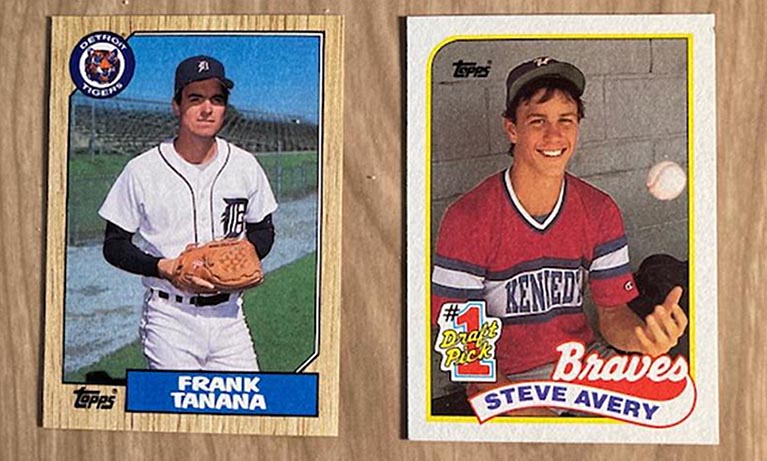 Frank Tanana and Steve Avery will be inducted into the Michigan Baseball Hall of Fame on Saturday, July 9 at Jackson Field in Lansing. Photo by Larry Hook

By Larry Hook
Adviser of The Lookout

A pair of long-time Major League pitchers, both of whom played for the Detroit Tigers late in their careers, will be inducted into the Michigan Baseball Hall of Fame this Saturday, July 9.

Frank Tanana and Steve Avery, who both starred as high school pitchers in Michigan before becoming professional stars, will be the 2022 inductees.

The induction ceremonies will take place at Jackson Field, home of the Lansing Lugnuts, prior to the 7 p.m. Lugnuts’ game against the Great Lakes Loons.

Both inductees are expected to be present for the Minor League game, and are scheduled to throw out the ceremonial first pitches, according to Lansing Lugnuts General Manager Tyler Parsons.

Tanana was 96-82 in his eight seasons as a Tiger, from 1985 to 1992. Tanana pitched a 1-0 shutout victory against Toronto in the final game of the 1987 season to clinch the American League East Division for Detroit.

Avery was born in Trenton and played high school ball at John F. Kennedy High School in Taylor. He played 11 seasons in the Major Leagues, from 1990 to 1999 and again in 2003.

He was a member of the Atlanta Braves’ “young guns” in the early 1990s, along with Hall of Famers John Smoltz, Tom Glavine and Greg Maddux. Avery won 18 games twice for the Braves, in 1991 and 1993.

Avery spent his final season, 2003, with his hometown Tigers, logging a 2-0 record in 19 relief appearances.

Those who want to witness the induction ceremony should arrive early to Jackson Field. The Hall of Famers will throw out the ceremonial first pitches at 6:40 p.m. Video tributes and plaques will be revealed shortly thereafter.

To purchase tickets, or for more information, go to www.lansinglugnuts.com.

The Michigan Baseball Hall of Fame is in its eighth year of existence. Its purpose is threefold: to honor the state’s baseball heroes of yesterday; celebrate the national pastime today; and inspire baseball fans and ballplayers of tomorrow.