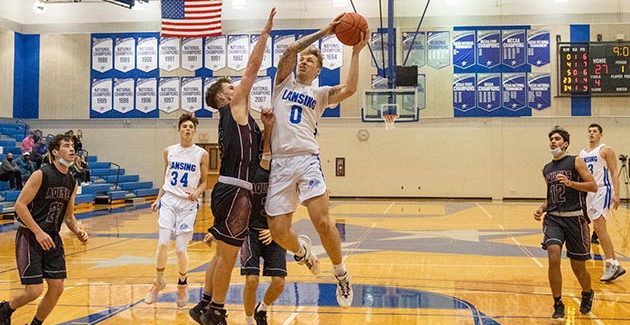 “It was a complete game on both ends of the court,” LCC Head Coach Mike Ingram said. “We made a few changes and really worked on our shooting.”

This win put the Stars; record at 7-1 overall.

“I think it went really well,” sophomore Drew Lowder said. “I’m pretty sure everyone that played scored a basket, so that’s definitely a huge team win for us. Everyone did their part.

“We made great improvements defensively and were able to get a lot of stops, which helped get easy baskets on offense,” Lowder said.

“I feel that I did my part,” Lowder said. “Some scoring and facilitating to teammates is my main job, but I think I did better on defense than most other games.”

The Stars were scheduled to play Saturday, Dec. 4 against Delta College at home in the Gannon Gym.

The Stars are scheduled to play on Saturday, Dec. 11 against Mott Community College at home in the Gannon Gym. Action starts at 3 p.m.