Arts & Entertainment For What It's Worth Opinion

For What It's Worth: Christmas movies 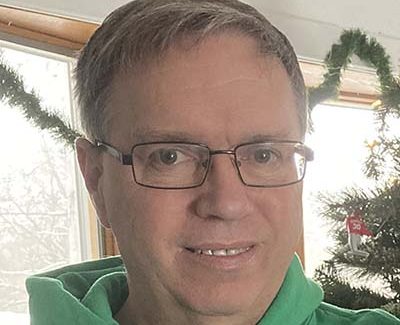 During the start of the COVID-19 pandemic, in about April of 2020, I began watching movies on almost a daily basis to pass the time.

I like to collect dozens of movies from the various genres, then watch all of them from a certain genre in chronological order. Then, as I watch each one, I give them a ranking from 1 to 10, with 10 being the best.

I know, you are all thinking, "What a nerd!" That's OK. My wife and kids think the same thing. But it keeps me happy and sane so, whatever.

Anyways, my most recent "binge watch" involved Christmas movies and various holiday TV specials. From Nov. 1 through Dec. 21, I watched 52 Christmas movies in chronological order, starting with Laurel and Hardy's "Babes in Toyland" from 1934, to "Last Christmas" from 2019. The latter seemed to have a fitting title for the conclusion to my binge watch.

Of the 52 movies I watched, at least half were ones I had never seen before. Many people were shocked that I had never seen "White Christmas," "The Santa Clause," "The Polar Express" or "Elf" until this year. Now, after my recent binge, I feel like I have seen all the holiday "classics."

Several others movies earned 9 ratings, including "It's a Wonderful Life," "Rudolph the Red-Nosed Reindeer," "Christmas Vacation," "The Santa Clause," "Love Actually" and the original "How the Grinch Stole Christmas."

One classic that I had never seen, and never thought of as a Christmas movie until recently, is "Diehard." I gave it a 9. Bruce Willis sure knows how to celebrate the holidays!

Perhaps you will want to watch some of my favorite movies this holiday season. If so, I hope you enjoy them. Have a happy holiday season, a great break and a Happy New Year!